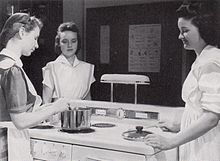 It was the typical Sunday morning routine for Steven’s family. He got up early each Sunday to spend time with his two sons. This includes making breakfast for them. Unfortunately, much of their time spent together sees Steven “officiating” sibling conflicts between the two boys. This morning was no different – full of sibling rivalry.

Steven put a plate of pancakes down in front of each of his two sons, Matt, 9, and Ryan, 6. As usual, Ryan was the first one to speak up. “You gave him more than me,” was what Ryan blurted out as soon as the plate touched the table in front of him. “I did not,” Steven replied, “I gave you each four pancakes.” But Ryan was undeterred. “But his are bigger!” he whined. They obviously weren’t and Steven was now clearly frustrated. “No they’re not. I made them each the same size,” was all Steven could answer.

Perhaps, instead of worrying about giving each of his sons equal amounts, Steven may have found it to be more effective to focus on each child’s individual needs. For instance, when Ryan blurts out “You gave him more than me,” Steven could have replied, “Oh, are you still hungry?” If Ryan then requests more to eat, the focus clearly is now on Ryan’s individual need, rather than feeding into and then having to negotiate the potential sibling power struggle. A simple change in perspective and strategy can help focus on individual needs rather than equal treatment.

Issues between siblings can occur at any age, including between adult siblings. Conflict between siblings can leave permanent emotional scars. Finding healthier ways to navigate sometimes complex sibling issues will help siblings remain closer throughout their entire lives. In the book, “Siblings Without Rivalry,” authors Adele Faber and Elaine Mazlish offer parents numerous situations of sibling rivalry as examples, and some healthy ways to prevent sibling rivalry between children. By being intentional about avoiding competition and/or jealousy between siblings, parents can work to not contribute to those lingering feelings. The book outlines ways parents may defuse such potentially explosive situations as comparing, assigning roles, or taking sides and suggests specific remedies to avoid conflict between siblings. Parents can learn how being “fair” means “meet each child’s needs” rather than focusing on trying to give “equal treatment.” Finally, the book suggests how adults can mend fences and renew relationships with adult siblings. It’s never too late to learn healthy effective communication.